The LRZ celebrated its 60th anniversary and many guests and their companions came to the centre’s ceremony on 14 July 2022, including Dr. Wolfgang Heubisch, member of the FDP in the Bavarian State Parliament and Bavarian Minister for Science and the Arts from 2008 to 2013. It was during his tenure that the LRZ applied for its SuperMUC, the first supercomputer, which was cooled by warm water, furthermore that they celebrated its 50th anniversary in 2012. "There was an unparalleled spirit of optimism then, as there is today, and it was felt everywhere: we are now entering a new era," recalls Heubisch, who holds a doctorate in dentistry and a degree in business administration: “In principle, there was never any doubt that science needs computer technology and that it is therefore also necessary to invest in the equipment of the LRZ.” Today, Heubisch continues to champion issues relating to academic research and higher education in the Committee for Science and the Arts of the Bavarian State Parliament. He also knows how to use modern media: Heubisch is the member of the Landtag with the most followers on Tiktok. 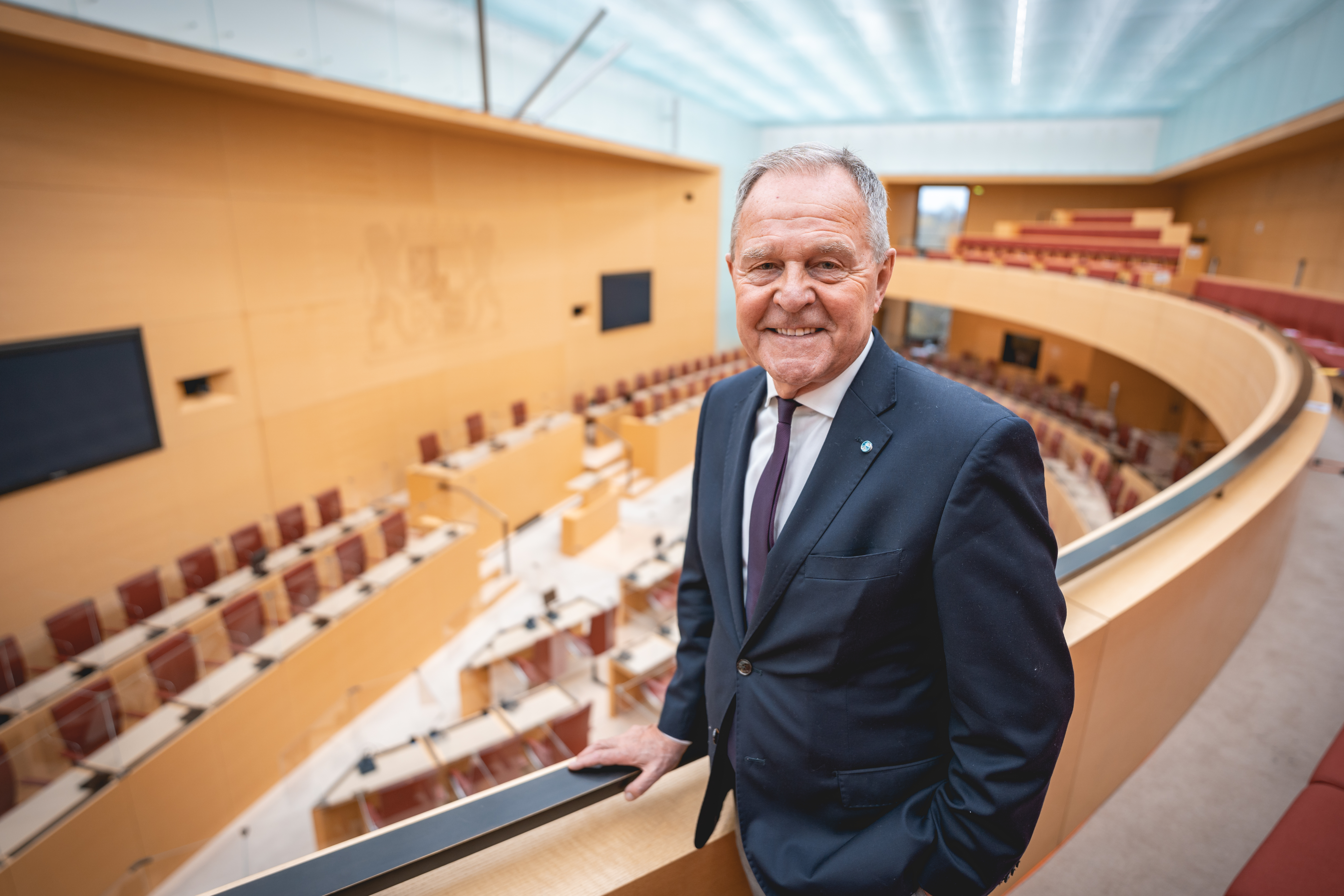 Former Science Minister Wolfgang Heubisch is still fond of the LRZ - even in his current role as Deputy Chairman of the Science Committee in the Bavarian State Parliament.

You were Minister of Science from 2008 to 2013 - which events connected with the LRZ do you still remember fondly today?
Dr. Wolfgang Heubisch: The best memory I have by far is the celebration of the LRZ's 50th anniversary in 2012. Then, as now, there was an unparalleled spirit of optimism and everywhere you could feel that we are now entering a new era. The LRZ was one of the top computing centres in Germany, the SuperMUC had just been put into operation and named the fastest computer in Europe. At the ceremony, I was fascinated by how small the LRZ basically is and what strength, what influence it had. Yes, we all had the feeling that a new era was now dawning.

Your term of office as Bavarian Minister of Science began in 2008, which was also the time when the applications for the SuperMUC were submitted.
Heubisch: Yes, that was an initial spark, and the LRZ was to get the first supercomputer in Bavaria. But to be honest, we politicians didn't really understand this high-performance computing world at the time and didn’t understand the possibilities it actually offered for science. As part of the application process, we travelled to the US, visited HPC centres and took a look at their systems. The then director of the LRZ, Professor Arndt Bode, and his deputy, Doctor Victor Apostolescu, were able to explain the purpose and necessity of supercomputing for academic research to me in a very clear and convincing manner. That was important, because as a minister you need experts and specialists you can trust in order to be able to assess decisions and applications. But the presidents of the Ludwig Maximilian University and the Technical University of Munich also supported the acquisition at the time; such unity creates security.

Was it actually difficult to get the necessary funding for the LRZ – after all, several millions of euros – in the Bavarian budget?
Heubisch: I don't remember any discussions or loud dissenting voices. Well, negotiations with the Ministry of Finance, which is ultimately the authority that pays, always require diplomacy. You have to haggle over millions and sometimes make concessions, postpone plans or see if money can be saved elsewhere. But in principle, there was never any doubt that science needs computer technology and that investments must be made in the LRZ's equipment.

Around 2010, the Ministries of Science and of Economics had the "Bavaria 2020" programme at heart, it was about Bavaria's international competitiveness: What role did the LRZ and the expansion of supercomputing play in this?
Heubisch: Bavaria 2020 was the high-tech agenda of the time and was intended to further strengthen Bavaria as a region for innovative research and technology. The programme was adopted by all political parties in the parliament. The LRZ also played a role in it. As a service provider, it is to support science and research in future topics such as digitisation, and Bavaria also needs specialists who are familiar with new technologies and can work with them. Of course, Bavaria 2020 was also criticised: Is it necessary for so much funding to flow into the greater Munich area? But it would have been unthinkable not to have given due consideration to the scientific computing centre in Garching, which has made a strong contribution to academic research in Bavaria and Germany. The LRZ is still doing a good job of defending and expanding its top position today – sciencists and researchers should demand from our political representatives that this remains so in the future.

Do you still have anything to do with the LRZ today?
Heubisch: Technically, yes, I still do, for example when the Committee for Science and the Arts, of which I am the deputy chairman as a member of the state parliament, discusses topics that also concern the LRZ. However, that has not yet happened in the current legislative period. Anything the LRZ wants to procure moves through the various instances of the government apparatus more easily today. Nevertheless, I remain connected to the LRZ, observe its development and, of course, get involved in its concerns when necessary. But the LRZ has gained such a great reputation in the meantime that it no longer needs advocates or contacts in the state parliament for its motions.

Could the development of the LRZ and its international growth actually have been foreseen in 2012? And were there already discussions about quantum computers or artificial intelligence back then?
Heubisch: Well, quantum technology was still rather theoretical at that time and therefore not a topic of discussion in politics. And as far as artificial intelligence was concerned, the only question at that time was whether IT could one day replace the human brain or converse with a human being. All that was still a long way off, but we are all smarter now. The developments in IT over the last ten years have been very rapid and have already changed many things, but the biggest changes are now upon us.